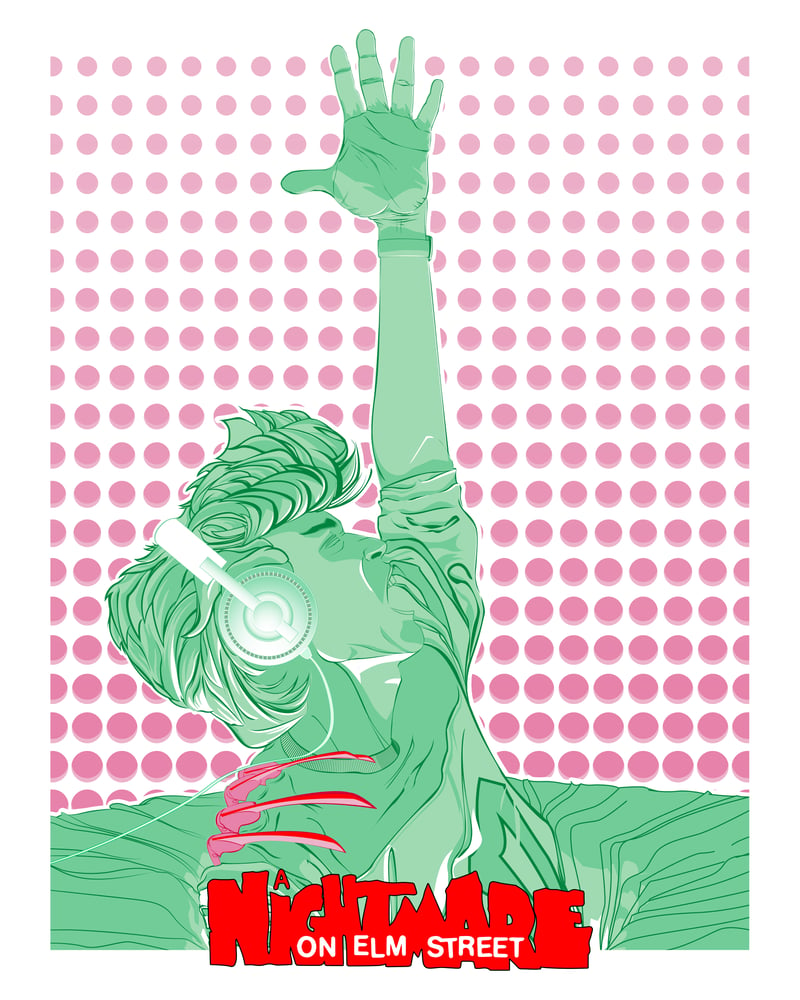 This tribute to A Nightmare on Elm Street features Glen, played by Johnny Depp in his first film appearance, being pulled into his own bed by Freddy Krueger. As one of the most, if not the most, epic, visually gruesome and mysterious deaths on film back in 1989 it always stood with me. This will be the first limited release of A Nightmare on Elm Street Alternative Movie Poster Prints all inspired by the films and the imagery that has haunted me for years.